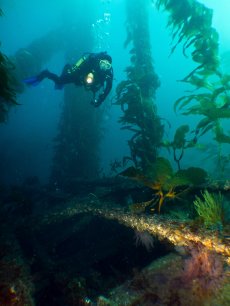 Location: The most remote of California's Channel Islands. Considered part of Ventura County, is San Nicolas Island. This 14,562 acre (58.93 km² or 22.753 sq mi) island is currently controlled by the United States Navy and is used as a weapons testing and training facility, served by Naval Outlying Field San Nicolas Island. The uninhabited island is defined by the United States Census Bureau as Block Group 9, Census Tract 36.04 of Ventura County, California. The Nicoleño Native American tribe inhabited the island until 1835. As of the 2000 U.S. Census, the island has since remained officially uninhabited, though the census estimates that at least 200 military and civilian personnel live on the island at any given time.

San Nicolas is one of the smallest of the eight Channel Islands, larger only than Santa Barbara and Anacapa Islands. Only eight miles long and about three and a half miles across at its widest point, it is the farthest from the mainland, more than 60 miles offshore. Via charter dive boat, it is reached only after a seven-to eight-hour ride.

San Nic has been owned by the U.S. Government and under the jurisdiction of the U.S. Navy since 1933. It contains a large Navy base, which includes tennis courts, a racquet ball court, a movie theater, a bowling alley, a recreation center and a 10,000 foot runway. The island is off limits to civilians.

Scuba diving at San Nicolas Island is more for the advanced diver due to it's hostile and productive dive environment, it has become legendary among California divers. The weather and remoteness of San Nicolas make it much harder to get to than the other islands. Plus at any given time testing and training from Naval exercises might create area closures at the last minute making a trip to San Nicholas a 50/50 proposition. 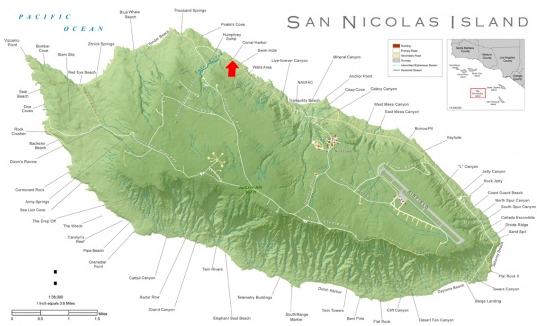