The pinnipeds are among the reasons Santa Barbara Island is a nature lover's paradise underwater.

Until the 1980s, divers ignored the California Sea lions that surrounded them when they entered the water at The Rookery, off the island's southeast side. Now, however, divers delight in their antics. Watching eagerly - and participating. Typically, these are females and pups. They love to rush at you, turning away at the last possible instance and blowing bubbles. They also like to dive bomb human bubble blowers on the bottom. Have no fear; in 26 years of diving this spot I have never heard of anyone being bitten! The Rookery is just one of 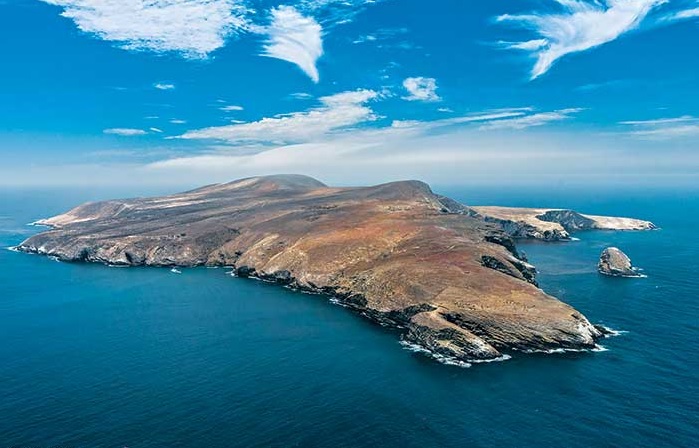 Another Hidden gem is Rock Reef AKA Arch Reef, which breaks the surface in a moderate swell. It is nearly three-quarters of a mile directly west of Webster Point. The sandy bottom under the 'Arch' is 55 feet deep. The walls leading to it are home to purple hydrocoral, Corynactis anemones, lacy bryozoans, starfish, nudibranchs and various other colorful invertebrates! A crevice near the top of the arch is full of dozens of Spiny Lobster!

Sutil Island is not much more than a large rock, 300 feet high, off the southwest side of Santa Barbara. Diving usually takes place off its southeast and 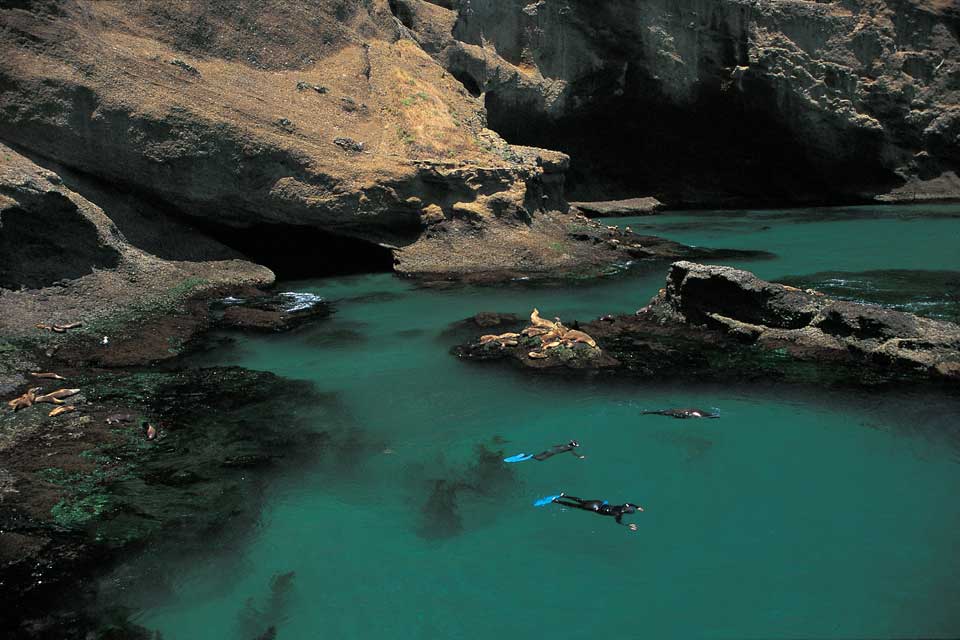 Sea lions are almost a guarantee. They flip, turn, somersault, barrel roll and twist around

you as you descend, then lie on the sand and watch you with large, liquid eyes. Groups of three or more will often come by to check you out.

Shag Rock, half as tall as Sutil Island is considerably smaller in area, is also surrounded by kelp. Depths are shallow, less than 60 feet but none the less, a great dive site full of life! 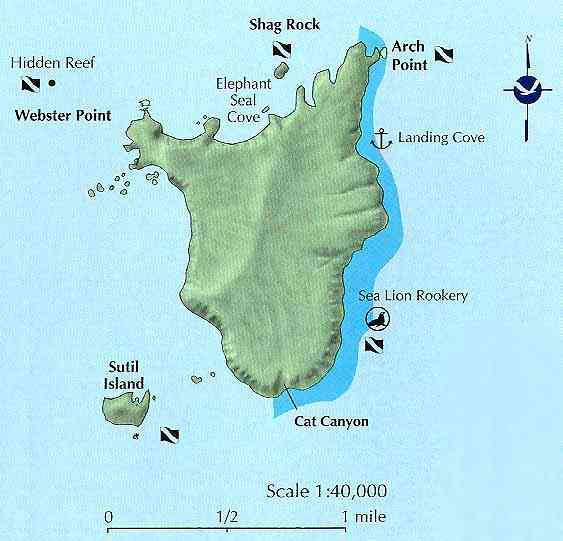